Shock and Awe Incarnate, Thunderous Wingbeat of the Raptor: Concussors 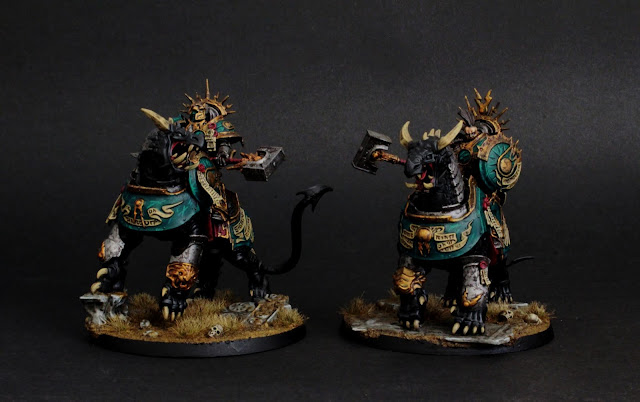 Well, this post has been a long time coming for me since this unit has been a long time in the making. Ever since I first came to really love the Stormcast Eternals and started this army project, I've had in my mind the desire to do a unit of Dracothian Guard; indeed, the Extremis Chamber has always been one of my favourite aspects of the army, so I knew right from the beginning that I wanted to include an Extremis detachment in my Lightning Hawks. Of course, though, I also knew I couldn't include a large Extremis Chamber, since the entire Chamber is really only two models (the Stardrake and Dracothian Guard) and that, as such, trying to make several units of different Guard wouldn't fit with my goal of a fully converted, individualised army where each mini has the sense of being his or her own hero. That said, I am very happy with these two that I have made, although I must admit it sometimes felt like pulling teeth trying to figure out precisely how to make the quite static models interesting, varied, and above all, dynamic. I eventually settled on mixing the unit with the Lord-Celestant on Dracoth base model to give variety, and then made some quite significant changes to the top half of the riders to add even more individual character as well as a their sense of vitality, aggression, and boldness (see page 81 of the Battletome). To do this, I used lots of Paladin bits, including arms, torsos, shoulder pads, and their backpack reliquaries, essentially turning the Concussors into mounted Paladins rather than the very different models they are represented as officially (I even painted them with Paladin Conclave symbols). This may be a fair bit of a change, but as I've said before about this project, I've been trying to create a more general army-wide uniformity so that those small, individual differences that create character can stand out better. I feel this allows me to explore the Stormcast concept more successfully than each unit having its own completely unique look.

In my original plans for the army made a couple of years ago, this point was to be nearing the end; I was going to make a Drakesworn Templar as the final model of the Extremis Chamber and the centrepiece of the army, and that was likely it, project finished, other than maybe some ally minis which I never had clear ideas about. However, this is far from the case now, since the last several months (particularly the last few weeks in isolation) have given me time to think, plan, and play. Not only have I finally figured out precisely the ally contingent, which is going to be a really interesting Devoted to Sigmar group of quite a few models (including another large centrepiece), but I've also come up with several new Stormcast unit and hero ideas that I'm completely pumped about, so the project is in fact only about halfway through now.

With that realisation, I'll end this post here with some more photos, including some group shots that I really enjoyed taking (and have therefore realised I should do more of). 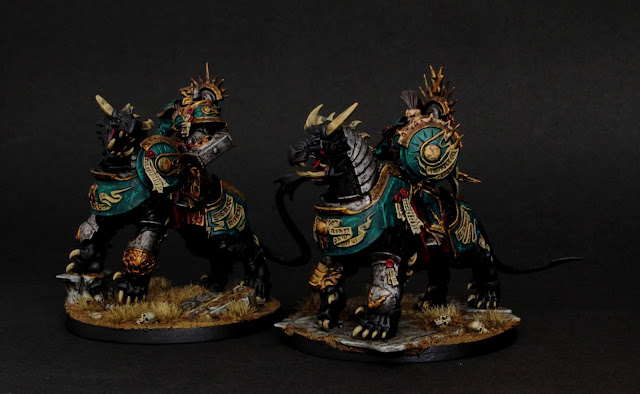 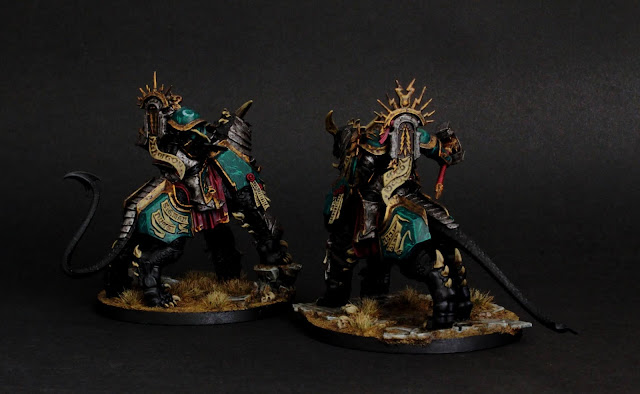 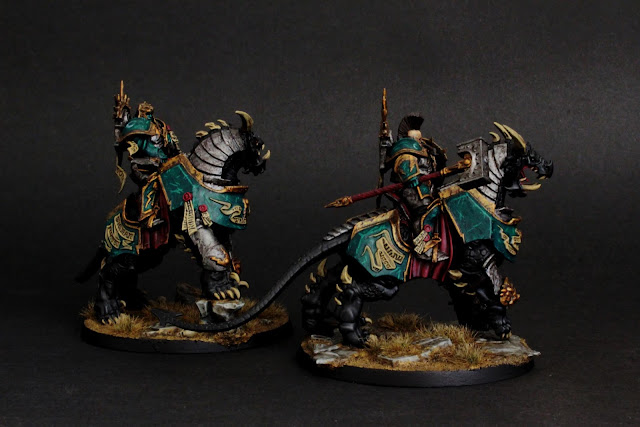 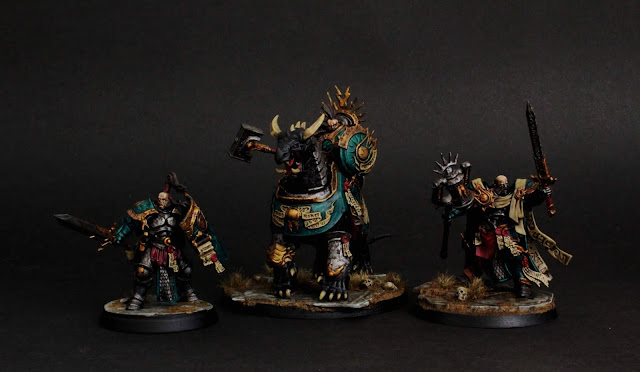 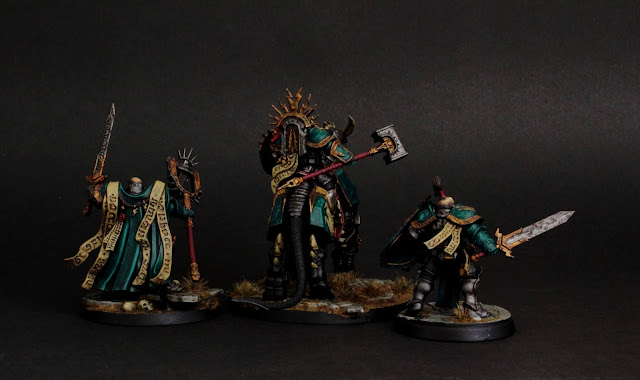 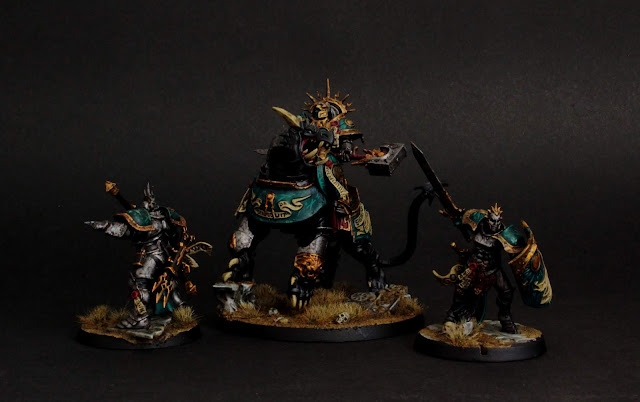 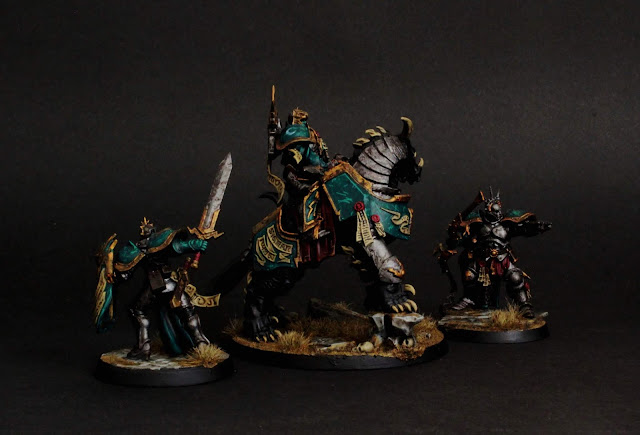 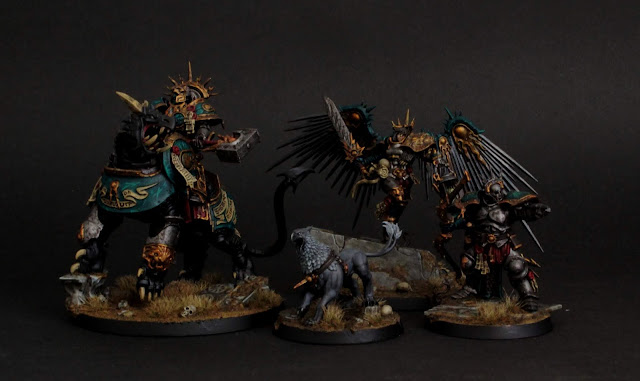 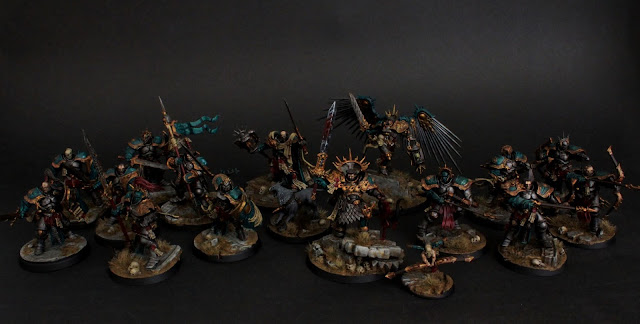 Scourge of the Unholy: Lightning Hawks, the Strike Chamber

With the end of uni and getting all of my assignments finished, I've been able to really push through these last few parts of this first phase of the Lighting Hawks project, meaning that I've also had some free time to try and take some group photos of the project so far. Finishing and posting the Lord-Celestant mini brings the Strike Chamber to a close, or at least perhaps for now. From the beginning, I only ever envisioned this project being a small army of 2000 points or under (conceptualising it therefore as a detachment from the larger Stormhost), and I still want to do a small Extremis Chamber and a small ally contingent, so the Strike Chamber must as a result also be quite compact. Although I'm not ruling out in the far future adding Prosecutors, Paladins, and other heroes, the Strike Chamber as originally planned is now complete. And with that, I am very happy to be able to leave some images below of the completed Chamber. I think I'll take a break from thi 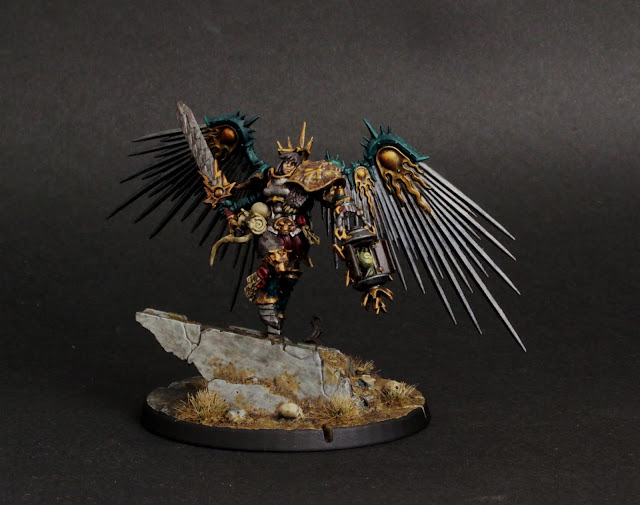 So here, now, I'm able to share the second character model of my Lightning Hawks project. I said back in an earlier post that figuring out the characters was a special task for me in planning this army, and I just wanted to reiterate that because it is still absolutely true as I begin to write about Hermesia Whisperwing, my Knight-Azyros, bearer of the army's second lantern, the celestial beacon (again, I find the lanterns a particularly inspiring idea). Knights-Azyros are described (on page 66 of the 2018 battletome) as ambassadors, scouts, messengers, bringers of Sigmar's power and wisdom, and illuminators of the battlefield, which for me seems like such an interesting and vital character for a project aiming to distil the essence of the Stormcast Eternals into a dark, beautiful vision. Since the Lightning Hawks Stormhost has no (canon) place of residence (that I'm aware of), I have been making my minis with a thought to them being on the move, and so all those rol